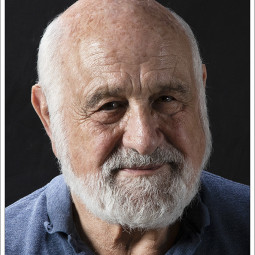 The thrust of Michael Arbib’s work is expressed in the title of his first book, Brains, Machines and Mathematics (McGraw-Hill, 1964): The brain is not a computer in the current technological sense, but he has based his career on the argument that we can learn much about machines from studying brains, and much about brains from studying machines. His concern for the social implications of computer science was given textbook expression in Computers and the Cybernetic Society; while in 1983 he and Mary Hesse delivered the Gifford Lectures in Natural Theology at the University of Edinburgh, since published as The Construction of Reality, providing a coherent epistemology for both individual and social knowledge. His current research has two main themes, and he is currently constructing connections between them. One theme is expressed in the title How the Brain Got Language: The Mirror System Hypothesis (OUP, 2012); the status of the hypothesis was debated in a workshop he organized, published as How the Brain Got Language: Towards a New Road Map (Johns Benjamins, 2020). The other theme led to his book When Brains Meet Buildings: A Conversation Between Neuroscience and Architecture (OUP, 2021). It addresses the neuroscience of design and of the experience of architecture, as well as “neuromorphic architecture” in the sense of supplying buildings with “brains” whose design is informed by computational neuroscience.