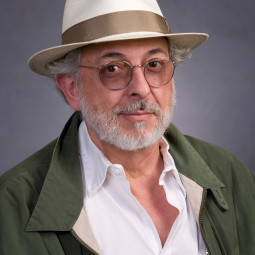 Eduardo R. Macagno is a neuroscientist and Distinguished Professor at UC San Diego, where he was recruited as the Founding Dean of the Division of Biological Sciences in 2001. His laboratory investigates neuron circuit formation in the developing nervous system. Another current research project employs biometric devices and Virtual Reality environments to study the interaction of normal and neurologically impaired subjects with the built environment. He was President of the Academy of Neuroscience for Architecture in 2009-2010. Macagno has taught courses at UCSD on “Brains and Buildings”, and at the New School for Architecture and Design on “Neuroscience for Architecture”, with Gil Cooke and Kris Mun.